Followers: Follow Tiff Bannister. Tiff Bannister Tweets tiffanyxduhh1. She was born in Somerdale on September 14, She is listed on FreeOnes since and is currently ranked th place. She currently has 83 gallery links and 23 videos in her own FreeOnes section. Complete Tiff Bannister biography. Click here for the full Link List 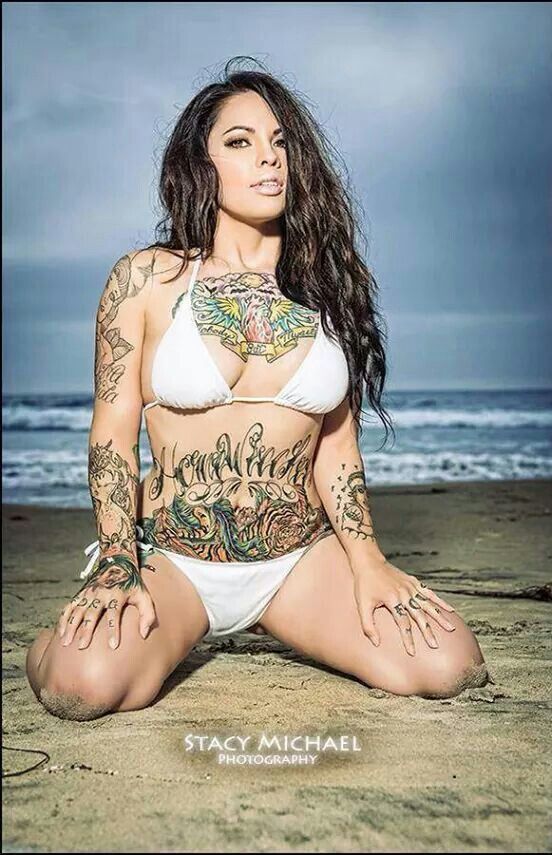 The company has gone from new kid on the block to perennial Oscar favourite in just over five years. Filmmaker Sofia Bohdanowicz interviews the director about being a one-person production crew, living in the present, and making your grandmother your star.

The silent epic The Dumb Girl of Portici put a dance legend on screen for the first and only time - and brought together two of the greatest female artists of the era. Before she packed heat in The Night of the Hunterthe screen legend helped give birth to the movies as we know them. How the Serpico and Dog Day Afternoon director evolved from upstart stylist to gritty, hard-nosed realist.

The bespectacled comic genius put his own safety last in his spectacular "thrill comedies". For the past fifty years, the films of Philippe Garrel have been the least accessible body of work of almost any major filmmaker. Running January 15 to 19, SeeTheNorth from your couch with a free digital showcase of the best short films in the country. Actor Pascale Drevillon tells the story behind the making of the award-winning short film Pre-Drink. The Austrian auteur discusses his new film Happy End and why social media is the greatest cultural revolution in human history.

How Wayne Wapeemuka collaborated with the people of Main and Hastings for "the stories we don't tell". Tracking the most inspirational, hilarious, and surprising things filmmakers and artists said this year. FilmArt's Craig Caron gathers his favourite posters of the year in a series of completely arbitrary categories.

Daniel Warth, director of the Slamdance Jury Prize-winner Dim the Fluorescentsexplains how making his first independent film put him at risk of financial ruin. The heist-movie hit brought Black and Black queer women into the liberating space of action cinema.

Why the auteur's much-hated appearance in Godfather 3 is actually the key to her entire oeuvre. The Cannes-feted filmmaker's empathy for the plight of young women has generated as much backlash as it has acclaim.

Senior Programmer Steve Gravestock looks at the long, complicated history of country and western music on screen. Say "oh, hi From Split to Itwhy audiences gave their money and their love to the horror genre this year.

Director Richard Shepard curates The Review and explains how a case of professional jealousy led to him filming a love story in Japan with Elisabeth Moss. Director Alexandre O. 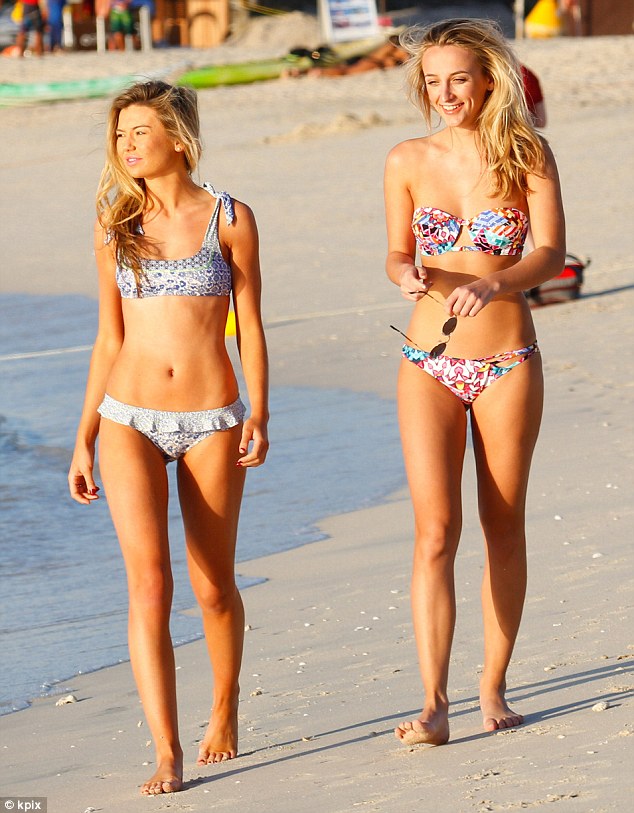 Vanessa Hodja breaks the conspiracy wide open for a special screening of Jean Cocteau's version of Beauty and the Beastone of Guillermo del Toro's favourite films. The CBC miniseries, created by Sarah Polley, is another stellar Atwood adaptation that reflects the past and present of women. An interview with Amr Salama, the director of the feel-good religious extremist comedy Sheikh Jackson.

Charlotte Mickie lifts the veil on just what it is they do - and how it affects a changing industry. Cadence Weapon interviews Alex Larsen, a. Torontonian battle rapper Kid Twist and the screenwriter of Bodied. Artist, humanitarian, and monster, Jerry Lewis leaves behind a complicated body of work full of brilliance, bad taste, and innovation. Ann Marie Fleming fulfilled her dream of writing and animating feature films by telling stories about her family. 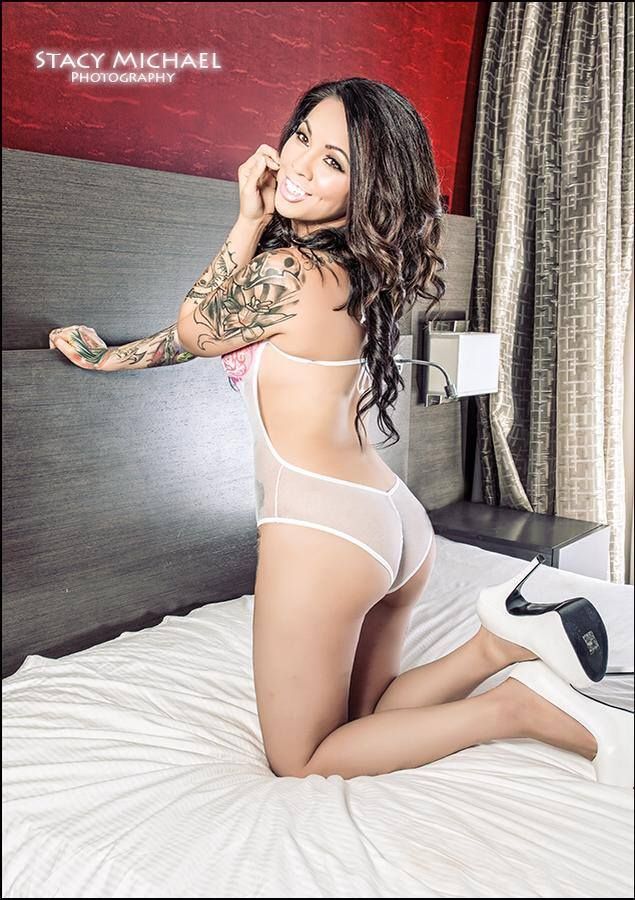 George R. Luke Lalonde and Pavan Moondi discuss their anti-wedding movie Sundownersand the destination shoot in Colombia that almost killed them. Personal Shopperher second collaboration with French filmmaker Olivier Assayas, realizes her layered potential to craft her best performance yet. Primetime programmer Michael Lerman unveils his slate of episodic content, destined for big and small screens at TIFF ' Lina Rodriguez describes how she makes movies between Toronto and Colombia, as well as the past, present, and future.

Indie pioneer Ida Lupino tackled some of the most pressing social issues of the day - but you wouldn't guess it from the posters for her films. Before the House of Mouse cornered the market in filmic fairy tales, the silent screen was full of fantasy. Hard, fast, and beautiful on screen, the s leading lady was even more formidable behind the camera. Watch the director and star of The Bad Batch tell the story behind this summer's best and only post-apocalyptic cannibal love story.

Mike White, screenwriter of Beatriz at Dinnerdescribes why his latest film was nearly impossible to get made. With the Kristen Stewart-starring Personal Shopperthe brilliant French auteur has reached a new level of international acclaim. The Carol screenwriter talks Patricia Highsmith, homosexuality, and how the movies keep getting Ripley wrong. A group of Canadian directors discuss the challenges of making films in an age of political upheaval.

How many Canadian authors does it take to recommend your summer reads and summer movies? We got Musicians, comedians, film programmers and writers discuss Jordan Peele's smash-hit "social thriller". The other great French film magazine gets the history it deserves in this round-up of the best film and film-related books on the shelves of TIFF Shop. The directors behind Jeffrey and Little Wing explain how they made their movies. 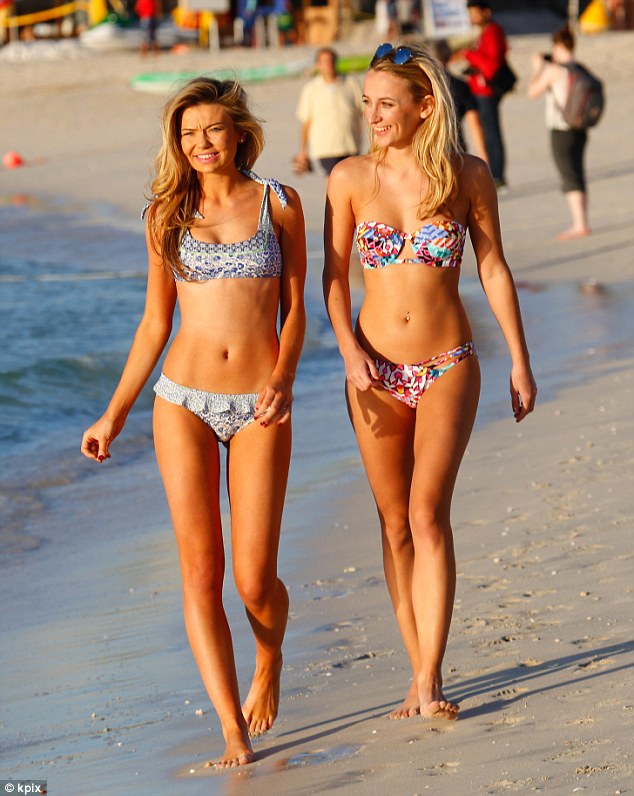 Elan Mastai curates The Review and explains why every filmmaker wants to change the past. How novelist, filmmaker and right-wing revolutionary Yukio Mishima sought to transform his life into a beautiful and fatal work of art. 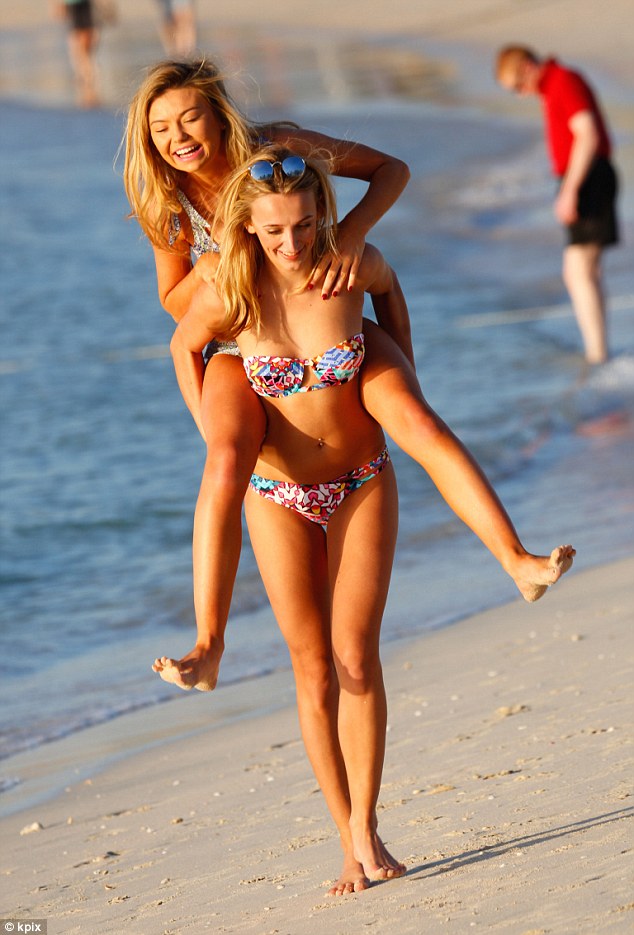 A new series that spotlights the grassroots film programmes and programmers bringing cinema to our city. An interview with director Vanessa Gould about Obither new doc chronicling the work of five New York Times obituary writers. A new series of visual essays from filmmakers and artists exploring sites of struggle, revolt and revolution in a troubled modern world. The director and star of The People Garden talk feminism, Federico Fellini, art, and the betrayal of rock star boyfriends.

The music director of the celebrated Against the Grain Theatre opera company considers Schoenberg, Straub-Huillet, and the dangers of "difficulty". From Devo and the Pixies to Bauhaus and Modest Mouse, we trace the year odyssey of the immortally creepy music number from David Lynch's Eraserhead. 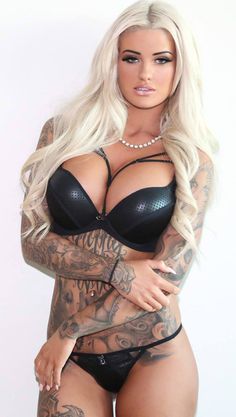 Director Ry Russo-Young and star Zoey Deutch talk double standards in Hollywood, and how they backed each other up to make the best teen movie of the year. Nearly 50 years later, the director of a landmark First Nations film gets his rightful recognition.

The actors of Barakah Meets Barakah on life in Saudi Arabia, the importance of art and social media, and challenging gender expectations. Our committee of high school students across the GTA talks political activism, representation in cinema, and the dankest memes on the internet. The director of the Trump-predicting docu-fiction The Other Side offers his appreciation of the great Italian star.

A provocative new series spotlights injustice, resistance, and reconciliation in Canada's fractious history with its First Nations. Alethea Arnaquq-Baril's doc investigates the global anti-sealing movement's damaging impact on Inuit communities. Talking to the acclaimed director and playwright about Manchester by the Seabeing open to surprises, and how Michelle Williams broke his heart.

You can unsubscribe at any time. See our privacy policy. Our Programming. New Releases. Support TIFF. Welcome to the Toronto International Film Festival The Review. Short Read. Explore this vital and growing cinema that remains lamentably underscreened in North America. 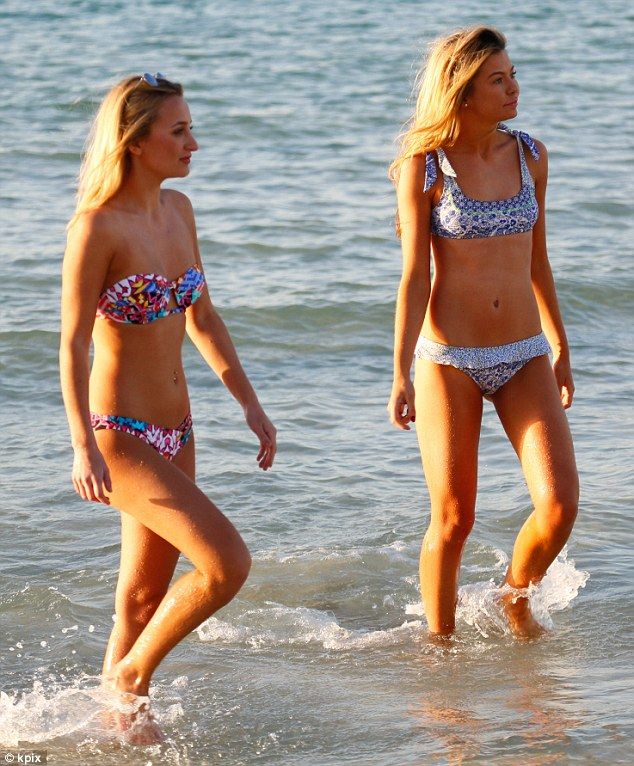 The maverick of both the big and small screens ascended from cult favourite to cultural icon. The passion, politics, and process behind the French master's defining decade. How do you make a movie in an endangered language that only 24 people on the planet understand?

Are podcasts primed to become the next major generator of Hollywood source material? The director of Mudbound tells us how a Dr. Scholl's commercial shoot changed her life. Aboubakar Sanogo on the legacy of one of the greatest of all African filmmakers. A stunningly formalist new doc explores the blasted late-capitalist wasteland outside Montreal. 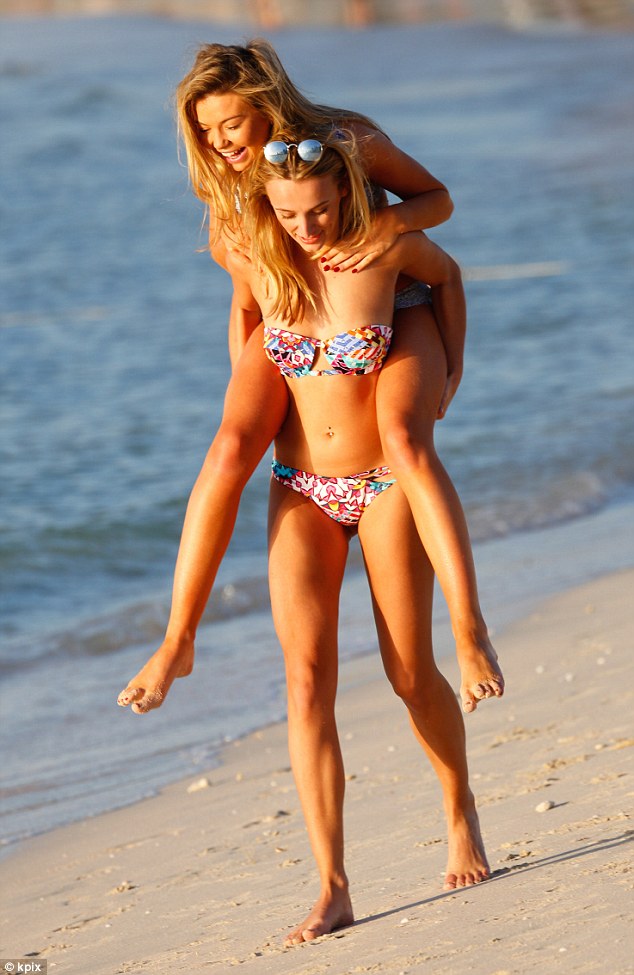 The French auteur remembers a moment of revelation from the shooting of his breakthrough film. Shooting your film at the golden hour yields perfect shots and steep learning curves.

A film of modest means with a surplus of ingenuity, featuring shopping malls - in space! Feature,Short Read. The American indie auteur heads to France for this twisted tale of amour fou. TIFF's tribute to the tragically departed Indian superstar begins this weekend.

Can we still enjoy the Dustin Hoffman hit in a time when proven predators are being outed? How do young versions of iconic movie characters measure up to the originals?

Sofia Bohdanowicz on how the French icon influenced the making of her first feature. For the Borg vs. First Letter. Get more credits here Want to log off?

World Naked Bike Ride - May I Smell Your Seat? 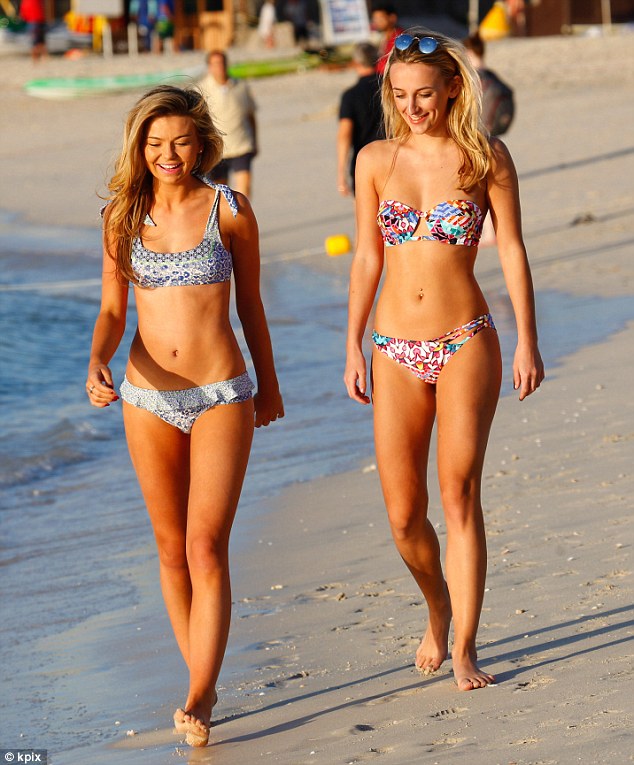 Please Email us if you have a business opportunity or suggestion for this site. Mobile layout: switch to mobile view. Official Website.